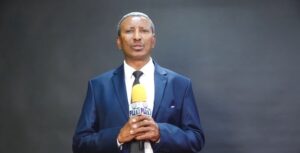 The Puntland regional government has accused Somaliland of inflicting violence against Las Anod, calling on human rights organizations to monitor the situation closely.
Minister of Information, Eng. Mohamud Ayded Dirir called the recent events in Las Anod a massacre, stating that Somaliland forces deliberately killed civilian protesters.
The Minister of Information urged Las Anod to continue peacefully protesting against the Somaliland government and not to register for the Somaliland elections
At least two civilians were killed during the demonstrations, with another nine seriously wounded. Somaliland forces were accused of using live ammunition on protestors.
On Wednesday, a video was posted on social media showing the body of a young man who was reportedly one of the demonstrators shot by Somaliland soldiers.
On Tuesday, Abdirahman Mohamed Abdillahi Irro, a candidate in the Somaliland presidential elections and Wadani Party leader, condemned the Somaliland government’s response to Tuesday’s protest in Las Anod as a barbaric act.
The protests were in response to Somaliland’s failure to deal with the killings of the town’s intellectuals.
Wadani Party official Abdifatah Abdullahi Abdi Hadrawi was shot dead by shooters on Monday evening shortly after returning from the mosque.
The town has imposed a curfew, and all businesses have been closed in anticipation of the protests spreading.
Irro urged the government to address the repeated murders of Las Anod intellectuals, calling for authorities to strengthen security and provide safety for the residents of the Sool region.
That killing escalated the situation.
2022-12-29
afaaro