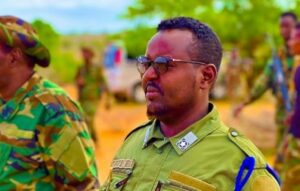 According to security officials, the militia opened fire on the suicide car bomber from a safe distance, forcing the bomber to detonate his device prematurely before reaching the government security forces headquarters.

Although no group has claimed responsibility for the attack, officials have blamed the Al Qawda-linked militant insurgency group al Shabab.