Somali, U.S. Forces Engage Insurgents In Support Of The Federal Government Of Somalia 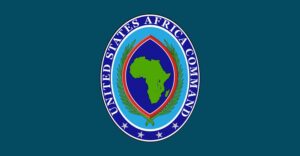 STUTTGART, Germany – At the request of the Federal Government of Somalia and in support of Somali National Army engagements against al-Shabaab, U.S. Africa Command conducted a collective self-defense strike on Jan. 23, 2023.

The strike occurred in a remote area near Xaradheere, Somalia, approximately 396 km northeast of Mogadishu where Somali forces were conducting operations.

The initial assessment is the strike killed two al-Shabaab terrorists.

Given the remote location of the operation, the initial assessment is that no civilians were injured or killed.

The U.S. is one of several countries providing support to the Federal Government of Somalia in its ongoing campaign to disrupt, degrade and defeat terrorist groups. Rooting out extremism ultimately requires intervention beyond traditional military means, leveraging U.S. and partner efforts to support effective governance, promote stabilization and economic development, and resolve ongoing conflicts

U.S. Africa Command is the defense arm of the U.S. whole-of-government approach with African partners — diplomacy, development and defense. This three-pronged, or “3D” approach aims to increase cooperation and support for “partner-led, U.S.-enabled” solutions to shared security challenges, including violent extremism or terrorism. All kinetic operations conducted and supported by U.S. Africa Command are done in coordination with the Federal Government of Somalia.

Somalia remains central to stability and security in all of East Africa. U.S. Africa Command’s forces will continue training, advising, and equipping partner forces to help give them the tools they need to defeat al-Shabaab, the largest and most deadly al-Qaeda network in the world.

U.S. Africa Command will continue to assess the results of this operation and will provide additional information as appropriate. Specific details about the units involved and assets used will not be released in order to ensure operations security.