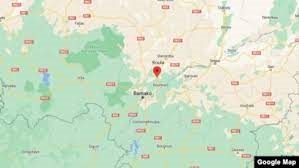 DAKAR, SENEGAL – Four gendarmes were killed, and three others injured Sunday after being ambushed in western Mali, a region prone to jihadi attacks, the paramilitary police said.

Two police vehicles were torched and two others, equipped with machine guns, were captured by the assailants during the attack in Koula, the force said.

Two of the assailants were killed and others taken prisoner.

The gendarmerie did not say who was responsible for the attack, but police, troops and Malian state targets are regularly hit by jihadi groups.

Mali has been in the throes of a nearly 11-year security crisis triggered by a regional revolt in the north that developed into a full-blown jihadi insurgency.

Thousands have died, hundreds of thousands have fled their homes and devastating economic damage has been inflicted to one of the world’s poorest countries.

Since August 2020, Mali has been ruled by the military, leading to a bust-up with France, the country’s traditional ally, and closer ties with Russia.

The violence has mainly affected the center and the east sections of the country and has spread to neighboring Burkina Faso and Niger. But it has not spared the west and is spreading southwards, alarming Mali’s other neighbors including Senegal.

The junta claims to have forced jihadis affiliated with al-Qaida and the Islamic State organization on the defensive.

Malian Prime Minister Choguel Kokalla Maiga said last week that there was no longer any part of the territory where the army could not go, although the authorities had previously acknowledged that two-thirds of the territory was outside state control.

Maiga’s security assessment has been contradicted by experts and a recent U.N. report that said security conditions have continued to deteriorate in the central Sahel, “particularly in Burkina Faso and Mali.”