Sweden, Finland Must Extradite Up To 130 ‘Terrorists’ To Turkey For Nato Bid: Erdogan 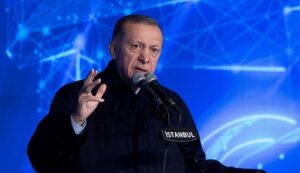 ANKARA – Sweden and Finland must deport or extradite up to 130 “terrorists” to Turkey before the Turkish parliament will approve their bids to join NATO, President Tayyip Erdogan said.

The two Nordic states applied last year to join NATO following Russia’s invasion of Ukraine but all 30 member states must approve their bids.

Turkey has said Sweden in particular must first take a clearer stance against what it sees as terrorists, mainly Kurdish militants and a group it blames for a 2016 coup attempt.

“We said look, so if you don’t hand over your terrorists to us, we can’t pass it (approval of the NATO application) through the parliament anyway,” Erdogan said in comments late on Sunday, referring to a joint press conference he held with Swedish Prime Minister Ulf Kristersson last November.

“For this to pass the parliament, first of all you have to hand more than 100, around 130 of these terrorists to us,” Erdogan said.

Sweden and Finland signed a three-way agreement with Turkey in June 2022 aimed at overcoming Turkey’s objections.

As part of that accord, the two Nordic countries pledged to address Turkey’s “pending deportation or extradition requests of terror suspects expeditiously and thoroughly”, taking into account Turkish intelligence and abiding by all European law.

Erdogan’s spokesman Ibrahim Kalin said on Saturday that time was running out for Turkey’s parliament to ratify the bids before presidential and parliamentary elections expected in May.

On Monday Sweden’s Kristersson said that his country was in a “good position” to secure Turkey’s ratification of its NATO bid. 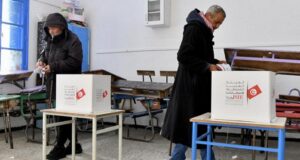